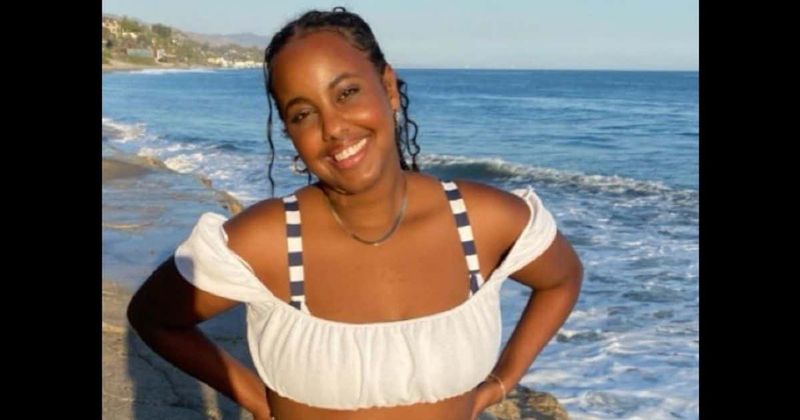 #SurvivingSophia took over Twitter on the night of November 18, 2021, as many people found out that they have been scammed by the same person. Sophia Nur, A young woman named allegedly duped several influencers and celebs in Los Angeles’s popular social circles. She reportedly posed as a victim with a sad story and borrowed lump some amounts of money from everyone, before disappearing and finding her next target.

Sophia is in her early 20’s however her exact age and date of birth are not known.

It started via a Clubhouse group, but soon Twitter went abuzz with people sharing their shocking experiences of being scammed by Sophia, thus popularizing the hashtag #SurvivingSophia.

“#SurvivingSophia she stole 11 million dollars by scamming her way into hotel rooms and lunches into LA’s popular social circle, claimed she was pregnant with Jack Harlow but lives with Jeff Wittek? All of you got scammed by the same person and never said a word to each other?” a Twitter user briefed the details. While rapper Jack Harlow or YouTuber Jeff Wittek is yet to respond to the raging controversy, other users are taking to the microblogging platform to narrate their personal trysts with Sophia the scammer. A photo of a user named Sophia M Nur also went viral, but her profile was deleted before the trend flared up.

#SurvivingSophia she stole 11 million dollars by scamming her way into hotel rooms and lunches into LA’s popular social circle , claimed she was pregnant with Jack Harlow but lives with Jeff Wittek ? All of you got scammed by the same person and never said a word to each other ? pic.twitter.com/V0x8y7aFSf

One of the victims shared their story of how Sophia lied to them saying that her mother had died. She urgently sought over $4000 for her funeral expenses. However, it later turned out that the entire story was false and Sophia had been duping others in a similar manner.

The anonymous victim revealed that they met Sophia on the Walk of Fame in Hollywood, LA, and had a casual conversation about being Somali. However, Sophia later claimed that she had been ditched by her friends and was stranded there with no way to return home. The user paid over $1000 to help pay for her flight ticket out of sympathy. Later she duped them $4000 more under the pretext of borrowing for her mother’s funeral.

Another victim, who goes by the username Camille on Twitter, narrated in detail her story of being defrauded by Sophia. The latter called Camille sobbing one night about having no money and nowhere to stay. Camille took pity on her and booked her a hotel, and also bought her a flight ticket, as Sophia promised to PayPal her the ‘borrowed money’. Camille further revealed that Sophia is Canadian and threatened to get her deported if she did not get her money back.

Sophia Nur’s story also sparked a meme fest as many users trolled the influencers for not thinking through before handing out so much money, especially when most of them hung out in the same social circle.

Another joked about her impressive ‘talent’, saying, “fake forms? 20 cousins? stories abt apple watches? constant hysterical crying?vip passes to the vma’s? scamming venmo cards? OH SOFIA SHOULD BE STUDIED bc how? #SurvivingSophia”